You have navigated your way to a page that is dedicated to delivering information concerning the 2nd Edition Kickstarter, but in particular things that will happen…

AFTER the campaign is over!

Certain things were dealt with during the campaign, and for assorted reasons, certain things will happen later. In a second we will take a look at some of those sorts of things, but first a few handy links…

TIMING — for info on “when” the game will be ready, click HERE!

CHANGES — for info on how the 1st Edition compares with the 2nd, click HERE!

REAL COPS — for info on who the REAL COPS are, click HERE!

OK, now let’s take a look at some of those post campaign type items we mentioned…

Cindy (one of the greatest Police Precinct fans of all time) helped backers of the very 1st Kickstarter to gain access to some really cool custom dice for the game.  Thanks Cindy! She might do this again, but it is also possible that we will handle it this time around.  Stay tuned!

YOUR NAME ON A CARD

As mentioned right on the Kickstarter page (and in detail in the FAQ section of the KS), we plan to take steps to try to make the new Event Decks available to 1st Edition folks. This could even involve it’s own Kickstarter.  As for “when” this will happen, that is hard to say, but to get news about this click HERE!  And… Stay Tuned!

Much like the Event Deck listed above, we hope to make these boards available to 1st Edition folks. Stay Tuned!

Just wanted to say it AGAIN!!! We have the best backers around!

The 2nd Edition Kickstarter for Police Precinct is being called…

“One of the best ever for a Re-Print.”

$61,650 — Total funding when combined with the parallel campaign for The Heat.

1,047 — Total backers when combined with the parallel campaign for The Heat.
(note: there is some overlap, though not much, between these two backer lists)

1 Bad Credit Card — We were talking to Amazon (the ones who process all Kickstarter payments) the other day, and they were in shock over how low CMG’s Kickstarters were in terms of bad credit cards. Factoring in all three of our campaigns, we have had 1 bad card so far (that didn’t ultimately process successfully). They said the average is 7-9 percent. Which means that we should be between 50 and 100 at this point. I told them that it’s because we have THE BEST backers around!!!

341% — CMG has successfully met it’s Kickstarter funding goal in all three campaigns so far, with an average of 341% of the funding goal.

FAST — Some new speed records were created. See info below for details…

Let’s take a Fast look at how Fast rewards have been going out!

10 Days — That is how long it took us to get the rewards shipped-out after the Kickstarter campaign for The Heat ended on December 2nd 2013. At the time this was “The Fastest Reward Delivery Ever for any Kickstarter!”

19 Minutes — That is how long it took us to get the first reward, not just shipped, but actually delivered into the hands of a backer. This, and all the rest below, are in regard to this campaign (for the 2nd Edition of Police Precinct).  The delivery was to a Ms. Christine Stack of Denver, Colorado, and happened at 2:19 PM Sunday January 26th 2014. When this occurred, it became the new “Fastest Reward Delivery Ever for any Kickstarter!” (and remains so).

19.5 Hours — That is how long it took us to ship ALL of the Reward Pledge Level known as “Early” Kit (this included 62 Kits = ALL backers who did fill out their survey during that time. The rest went out the days that followed, as surveys where completed). When this occurred, it became the new “Fastest mass-delivery of rewards Ever for any Kickstarter!”

21 Hours — That is how long it took us to get the 2nd reward, not just shipped, but actually delivered into the hands of a backer. The hands belonged to a Mr. Nick Zipeto of Denver, Colorado, and happened at 11:00 AM Monday January 27th 2014. When this occurred, it became the new “Second Fastest Reward Delivery Ever for any Kickstarter!”

2.5 Days — That is how long it took us to get the EU Kits shipped. This is the new “Fastest Reward Delivery Ever to an EU backer of a Kickstarter!” We did the same for ALL of our Worldwide backers! Wait, let’s not forget about our Canadian friends! They got the same royal (and speedy) treatment.

Disclaimer: We are currently NOT aware of any Kickstarters for games that has beaten any of these times. If this has happened in the past, and we are wrong to claim to be the fastest, please let us know so that we can correct this information. On that note, we have been unable to find anyone (yet) who can think of a situation that even comes close to these speeds. As for the future, we expect that at some point these speed records will be beaten, so please let us know when that happens.

Click here if you want the back-story on this topic.

UPDATE:  To be clear, just because we may have hit on a few speed landmarks does not mean we are immune to delays.  Most every publisher has their successes and failures in the area of speed and timing.  For example, the 2nd Edition Kickstarter Campaign will likely (it appears at this point) clock in later than originally forecast for the rewards involving the base-game (which is most of the backers).  The delay should prove to be at least one month.  So, don’t mistake our pride in achieving some really cool stuff with speed as any sort of cockiness on the subject.  We are just a small hard-working publisher who’s trying to do our best and learn from our mistakes.

Immediately after the 1st Kickstarter funded back in early 2012, we started getting requests from folks who missed the Kickstarter.  In response to this, we set-up a system for taking Pre-Release orders.

This was a great way to allow those who missed the Kickstarter to get involved.

Without this, Police Precinct would not be where it is today.

We owe a great deal to our original Kickstarter Backers, but also to those who got behind the project during this critical Pre-Release phase.

This approach made so much sense and helped in so many ways THEN.

It also does NOW!

Which is why we were allowing Pre-Release ordering from our website for a period of time.  We have shut that off for now, but we will try to give you alternatives as time moves along.  To check on the latest, try clicking here.

Please join us for…

Please just right in and see what’s happening this minute…

Get All Newsed-Up Right Here! 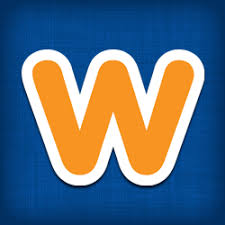